On August 18, 2015, the Supreme Judicial Court of Massachusetts overturned an order to suppress “cell site location information” (CSLI)  obtained by the police in a murder investigation. This ruling comes as the most recent decision in an ongoing review of the Fourth Amendment’s privacy doctrine in the context of searches conducted on CSLI, which can be used to retrace a cell phone user’s movements over any given period of time.

The August 18, 2015 decision referred to as Augustine II is the culmination of nearly four years of litigation attempting to define the outer boundaries of the Fourth Amendment’s privacy doctrine in the age of the sweeping digital surveillance capabilities. 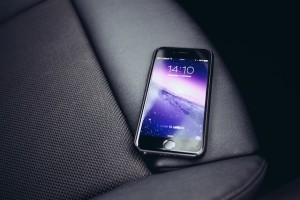 The first phase of the Augustine litigation (Augustine I) involved a murder investigation into Shabazz Augustine, who was alleged to have killed his girlfriend. During this phase of the case, the Commonwealth moved for an order to obtain, from the defendant’s cellular service provider, CSLI for a fourteen-day period ending with the last day that Augustine’s girlfriend was seen alive. A Superior Court judge granted the Commonwealth’s request pursuant to the Federal Stored Communications Act (FSCA). The FSCA grants a court authority to issue an order compelling a cellular telephone provider to disclose CSLI to a governmental entity upon a showing of “specific and articulable facts . . . that there are reasonable grounds to believe” that the records sought are “relevant and material to an ongoing criminal investigation.” Using the court’s order, the Commonwealth approximately sixty-four pages of CSLI records taken from the cellular phone. These data eventually lead to Augustine’s indictment for murder.

The reviewing court held that the defendant had a reasonable expectation of privacy in the CSLI therefore, the warrant requirement of art. 14 of the Massachusetts Declaration of Rights and the Fourth Amendment applied to that information. The court vacated the previous allowance of the motion to suppress and remanded the case to the Superior Court with instructions to consider whether the affidavit that the Commonwealth had originally submitted in support of the FSCA request demonstrated probable cause.

Augustine II
On remand, the trial court ruled that the probable cause standard had not been met, and again granted the defendant’s motion to suppress evidence. Again, the Commonwealth sought interlocutory review of the order. The Supreme Judicial Court reaffirmed the warrant requirement for CSLI information. However, the Court did hold that that the CSLI evidence Augustine sought to have suppressed was admissible as the Commonwealth’s FSCA application showed sufficient probable cause of Augustine’s involvement in a crime.

The Main Takeaway From Augustine II

The civil liberties and electronic privacy community has lauded this decision as being a momentous step toward protecting citizens against intrusive surveillance techniques. Indeed, this assessment applies to cases involving CSLI because Augustine II clearly holds that citizens have a reasonable expectation of privacy in the location data that cell phone companies maintain about them. As noted in a statement made by the ACLU of Massachusetts, who filed an amicus brief in the case, the case may have established an important national precedent, as numerous states (and now the Supreme Court) have since followed Massachusetts’ lead in both judicial opinions and legislation restricting the unlimited search and use of CSLI data. Despite this enthusiasm, questions remain as to whether this decision will translate beyond CSLI applications, particularly, given the fact that the search technique used in the Augustine case occurred in 2004. Since then, local law enforcement and federal authorities have developed and employed even more sophisticated surveillance technology that could be viewed as more of a threat to privacy than mining for CSLI data. As such it is not entirely sure from a doctrinal perspective that future courts will be able to use the Augustine holding to limit the use of evidence obtained by newer technologies.