When the Patriots beat the Indianapolis Colts 45-7 in the AFC Championship game on Jan. 18, the last thing on anyone’s mind would have been the intrigue simmering behind the scenes involving the allegations that the Patriots had used underinflated footballs to gain a competitive advantage. The incident, now known as “deflategate” has caused seismic tremors throughout the football community. Even more implausible would have been the fact that after a mind-numbing odyssey of NFL disciplinary hearings and investigations culminating in the “Wells report”, the NFL concluded that it was “more probable than not” that Patriots staffers intentionally deflated footballs before the AFC Championship Game. Further, the report found that Patriots Quarterback Tom Brady was “at least generally aware” of such activity. The consequences of this alleged malfeasance?: the NFL levied punishments against the Patriots to the tune of $1 million and revocation of the team’s first-round selection in the 2016 NFL draft and the fourth-round selection in the 2017 draft. Brady was also suspended for the first four games of the 2015 season. 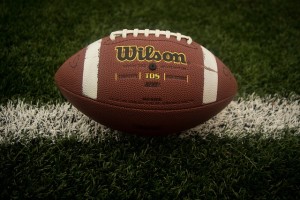 Perhaps even more astonishing is the fact that nearly ten months later, the matter of Tom Brady, the underinflated balls, and the NFL’s decisions would be winding its way through the Federal Court system. In September, U.S. District Court Judge Richard Berman vacated Roger Goodell’s decision to uphold Tom Brady’s four-game suspension. The NFL, subsequently (and not surprisingly) appealed the decision to the 2nd Circuit U.S. Court of Appeals.

In its opening brief filed with the 2nd Circuit, the NFL takes the position that Judge Berman “vastly exceeded” his authority under the Labor Management Relations Act and “decades of precedent” in vacating the league’s discipline of Brady. Further, the NFL’s brief asserts that the act of disciplining Brady for what it concluded was “egregious conduct” did not involve conduct such as “fraud, dishonesty, or complete departure from the CBA—required for a federal court to take the drastic measure of disturbing a labor arbitration award.” Thus, the league posits its discipline was “eminently fair and reasonable given the egregious conduct involved.” However, the league points out another layer of error in the lower Court’s decision in that it was not the NFL’s burden to persuade the district court that “the punishment was optimal or even fair. The district court’s evident disagreement with the Commissioner’s substantive rulings did not empower it to overturn his award.”
Given the positions taken in the NFL’s opening brief, the appellate court will be tasked with sorting out the question of whether this case qualifies as one of the circumstances which deviate from the “longstanding Supreme Court and Second Circuit precedent,” requiring courts to uphold a labor arbitration award if the arbitrator “offer[s] even a barely colorable justification for the outcome reached.” How the NFLPA on behalf of Brady attempts to frame the lower court decision will likely shed much more light on the prospects of the decision being upheld when its brief is filed on December 7. As the overwhelming body of precedent stands, arbitration awards are general granted wide deference, and the lower court largely ignored this convention. If the 2nd Circuit approaches the case strictly from the perspective of sorting out whether the NFL deviated from the CBA in some extreme manner, existing precedent could weigh heavily against the NFLPA.