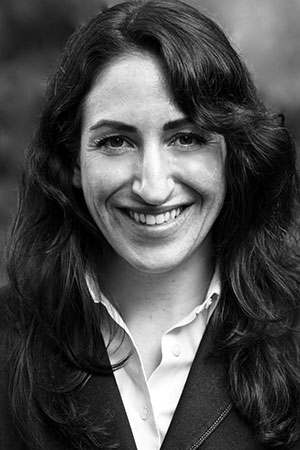 Hedges & Tumposky, LLP is pleased to announce that Forest O’Neill Greenberg has joined on as an associate.

Forest O’Neill Greenberg represents clients in criminal litigation in state and federal trial and appellate courts. Prior to joining Hedges & Tumposky, Forest worked as trial attorney for the Public Defender of Massachusetts (CPCS) and for the Public Defender Service for the District of Columbia (PDS), where she represented hundreds of clients charged with crimes in District and Superior Court in Massachusetts and Washington D.C. She has defended clients against a variety of criminal cases, from simple misdemeanors like drug possession, assault and battery, and driving offenses to complex felonies like drug trafficking, sexual offenses and assaults, armed robbery, and rape. As an appellate advocate, Forest has worked on appeals of serious felonies ranging from murder, rape, and sexual assault to drug trafficking.

Additionally, Forest has extensive experience working in the field of human rights and international criminal law. She was a member of the defense team of former Khmer Rouge leader Nuon Chea, representing him at trial at the Extraordinary Chambers in the Courts of Cambodia, a United Nations Atrocity Crimes Tribunal in Phnom Penh, Cambodia. She has also worked on a legal team representing Cambodian victims in their allegations of Crimes against Humanity before the International Criminal Court in The Hague.