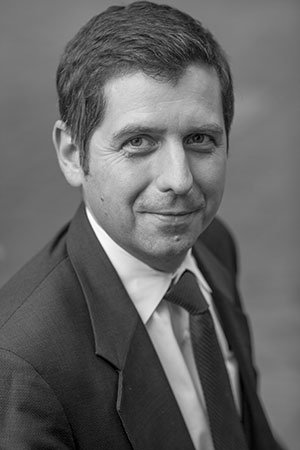 James Haynes has worked for the firm since 2009 and became an associate in 2012. He focuses his practice on criminal defense and small-business transactional work. James has experience in both state and federal court and has helped represent clients at every stage of the criminal process, from arraignment to appeals. He is admitted to the bar in Massachusetts and in the Federal District Court for the District of Massachusetts.

He has also helped prepare numerous civil lawsuits, in both state and federal courts, seeking compensation for individuals whose constitutional rights have been violated by police and other government agents. James has also advised small businesses on topics including entity formation, contractual matters, secured transactions, and complying with state information privacy regulations.

A former newspaper reporter, James is an avid researcher and interviewer. He is a diligent and skilled investigator, experienced with both in-person and computer-aided techniques, and has, on numerous occasions, followed a seemingly minor lead to important evidence.

James graduated from Wabash College in 1998, where he was an Eli Lilly Fellow and received Distinction, the highest grade awarded, on the comprehensive examinations in both his majors, Political Science and English. He received his Juris Doctor from Northeastern University School of Law in 2009. During law school, James was a member of the school’s law journal, was a research assistant for Professor Wendy Parmet, was a judicial intern for the Hon. Raymond Brassard of the Superior Court of the Commonwealth of Massachusetts, and was a law clerk for the National Security Archive, Hrones, Garrity & Hedges, LLP, and Krokidas & Bluestein, LLP. He is a member of the Massachusetts Association of Criminal Defense Lawyers, Suffolk Lawyers for Justice, and the New England Marathon Swimming Association.