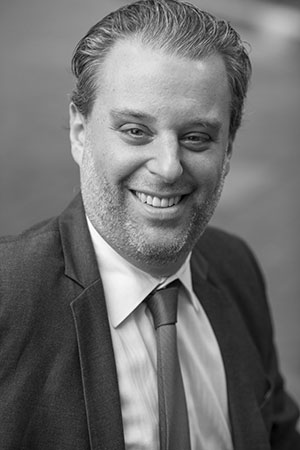 Michael Tumposky is a talented litigator who has tried numerous cases to verdict in both state and federal courts. He has also represented clients before the Massachusetts Appeals Court, the Supreme Judicial Court, the First Circuit Court of Appeals and the Supreme Court of the United States. In 2014, he was appointed to the Criminal Justice Act (CJA) Boston Panel. As a member of that Panel, Michael is one of a very limited number of attorneys in the Boston area certified to accept appointed federal criminal cases in the United States District Court. Additionally, in 2018, he was chosen for the CPCS homicide panel, where he serves as one of the few, select attorneys screened by the public defender’s office to represent individuals charged by the Commonwealth with murder.

Michael’s strengths in both courtroom advocacy and legal research and writing, as well as his in-depth knowledge of the rules of evidence and procedure, allow him to offer a full array of services to his clients. Typically, he will first challenge a case on legal grounds, by moving to dismiss or to suppress physical evidence and any statements made to the police. He will then offer a vigorous defense at trial or reach a favorable outcome which, where possible, preserves a client’s record and avoids jail time altogether. Finally, in the event that the trial outcome is unfavorable, he will fight to obtain a reversal of the conviction, either through a motion for new trial or through a direct appeal. In fact, he recently overturned a sexual assault conviction in a case before the Supreme Judicial Court and was previously successful in overturning a first-degree murder conviction. He has also obtained new trials for clients convicted of arson, assault, drug dealing, and gun possession.

He also represents clients in civil cases in both state and federal courts, at the trial and appellate level. He has tried cases to verdict in areas ranging from police misconduct and First Amendment violations, to employment discrimination and common law torts. He has also extracted favorable monetary settlements from municipal and state agencies, as well as private corporations and insurance companies.

Michael is a graduate of Northeastern University School of Law and got his B.A from Rutgers College. Prior to co-founding Hedges & Tumposky, he worked as an associate for the law firm of Hrones, Garrity & Hedges for five years. In law school, he interned for Judge Stahl of the First Circuit Court of Appeals and defended tenants from eviction while working for the WilmerHale Legal Services Center.

He is also conversant in Spanish. In fact, he has successfully represented clients who do not speak English as a first language, as well as those who speak no English at all.

Michael has lectured extensively in topics ranging from evidence to trial practice and theory. He is currently on the adjunct faculty at Northeastern University School of Law, where he teaches Evidence and Criminal Trial Practice. He is also a graduate of the National Criminal Defense College, located in Macon, Georgia, which is a two-week, intensive training program focused on advanced trial practice theories and techniques. He has been interviewed on issues in criminal law and criminal justice by the Boston Globe and the Boston Herald, and has appeared on both ABC and Fox as a commentator.

In his spare time (which is now much less since his twin boys were born), Michael serves on the Board of the ACLU of Massachusetts. He formerly served on the board of VenturingOut, a non-profit organization that trained soon-to-be-released prisoners in entrepreneurship so they can successfully and productively re-enter society. He also served on the board of the Orchard School, a private school in New Hampshire which provides alternative, nature-based education to local children. A graduate of Latin School, Michael was born and raised in Boston.