Uber has proven to be disruptive in their service delivery model by upending the time-honored business model of for-hire transportation. Equal to the fervor of its disruptive business model has been the pushback in the form of litigation against the company. Reports show that, in the U.S. alone, Uber has been involved in at least 173 lawsuits since October 2012. Some of these suits take aim at the legality of its business model as the traditional taxi industry and local governments have attempted to block Uber’s entrance into some markets. Other cases have been filed by Uber drivers challenging their status as contractors, garden-variety personal injury claims arising from car accidents and an emerging category of suits alleging Uber’s negligence in failing to scrutinize its drivers’ backgrounds. Notable among this driver misconduct litigation is a suit, filed October 5 in the US District Court in San Francisco seeking redress from Uber on behalf of two “Jane Doe” plaintiffs who allege their Uber drivers sexually assaulted them. The lawsuit alleges that Uber’s “negligence,” “fraud” and “misleading statements” led to the sexual assaults of the two women. 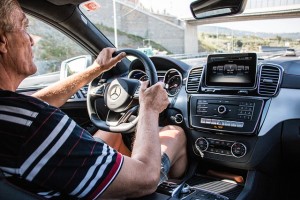 The suit claims Uber has marketed its ride-sharing service to young women who have been drinking, thereby exposing them to unnecessary risk from Uber drivers who are not subject to adequate background checks. The plaintiffs are asking the court to order Uber to boost its safety standards and award monetary damages. Given these allegations, the claims against Uber largely depend on establishing that the practices Uber employs to screen its drivers, as well as its passenger safety measures, deviated from the reasonable standard of care employed in similar industries. The problem with this line of reasoning rests on the question of whether Uber should exercise the same duty of care toward passengers as other common carriers such as bus lines or taxi companies, or is Uber an entirely different creature whose service model does not carry the same obligations of care toward passengers found in the traditional livery industry. After all, Uber touts itself as a ride-sharing platform, in effect a facilitator of ride sharing between participating drivers and patrons through the vehicle of its mobile app.

Given these differences, the arguments made by the plaintiffs will likely employ novel applications of the law and their success will depend on the court’s receptiveness to these new arguments. The court’s willingness to translate traditional principles regarding the standard of care owed to passengers by common carriers to Uber may be a benefit to the Plaintiffs in the “Jane Does” case. On the other hand, traditional notions of agency law would suggest that Uber is not responsible for the acts if the drivers are, in fact, independent contractors. Whatever happens hear could have tremendous precedential value for some of the other categories of suits that Uber is facing.